Colin Bridgerton was famous for many things. […] What he was not famous for, and in fact what many people would have sworn he did not possess, was a temper.
And, in fact, due to his remarkable (and heretofore untapped) self-control, no one was going to get a glimpse of it that night, either, although his soon-to-be-wife might wake up the next day with a serious bruise on her arm.
“Colin,” she gasped, looking down at where he was gripping her.
But he couldn’t let go. He knew he was hurting her, he knew it wasn’t a terribly nice thing that he was hurting her, but he was so damned furious at that moment, and it was either squeeze her arm for all he was worth or lose his temper in front of five hundred of their nearest and dearest acquaintances.

This will probably not be a popular opinion, but the Bridgerton brothers are jerks (well, except for Gregory as I haven’t gotten to him yet). It started with Anthony – he was arrogant and forceful, but in a still appealing way. He was kind to Penelope and his banter with Kate was genuine and funny.

Then along came Benedict, who bartered and begged poor Sophie to become his mistress in spite of knowing what that would mean for someone of her gender and social class (well, the social class he believed she belonged to) until she finally conceded and let him take her on a couch in his living room.

But Colin… Colin I had so much hope for. Of course, he was going to get together with Penelope – the foreshadowing of that was strong from the start. And that was one match I was truly excited to read about.

But unfortunately I wound up feeling like Penelope, who at one point realizes…

Maybe all this sadness building up inside of her was for the death of a dream. Her dream of him She’d built up the perfect image of him in her mind, and with every word he spat in her face, it was becoming more and more obvious that her dream was quite simply wrong.

When Colin found out that Penelope was Lady Whistledown, he could have reacted with shock and happiness – after all, Penelope had admired his travel writing, it was something they could have shared in common. Instead, the conflict and tension in the book revolves entirely around Colin acting like a spoiled, jealous “six-year old” (that’s what Penelope thinks of him at one point, not me – Chapter 13).

In their first squabble over Penelope’s writing, Colin quashes her objections to his chauvinist, overbearing reaction by simply kissing her in the carriage. Penelope is overcome with passion and the fight ends. By the end of their make-out sesh, they’re engaged. But it left a bad taste in my mouth.

By the time Penelope’s Lady Whistledown column is accidentally released at their engagement ball, Colin levels-up to full-on despicable behavior (see bruising passage above). I can’t really image Mr. Darcy holding Elizabeth’s arm so tightly that he bruises her, knowingly and purposely, in a crowd of people, because he is so enraged. Verbal anger, a good long spat – certainly. Physically abusing her while they are engaged, no (or at least, I think we’d all like to believe this). Penelope is clearly shocked by Colin’s behavior, but she says nothing because they are in a crowd of people, including his entire family. In fact, that is how Colin excuses himself – he justifies it by telling himself it is better to physically injure his fiancé rather than make a scene. Tell me how this bodes well for their marriage?

Once again the ugliness is covered over with sex – upstairs Colin realizes he loves Penelope and they consummate their relationship after another big fight. Nothing is resolved to Penelope’s liking, but Colin is quite all right with that.

I mean, we know this will eventually all be resolved – there are only twenty-one chapters, after all. Colin will probably come to his senses, admit his jealousy, apologize, and “allow” Penelope to continue writing. I wouldn’t know because I’m still stuck at the end of Chapter 17, and the promised happy ending no longer looks very promising.

One might explain away Colin’s actions by saying it could be much worse – after all, this is an era where husbands owned their wives and could beat and rape them under the protection of the law. But we do not read romance novels to find scenes of beatings and marital rape. We expect our heroes to be just that, heroic.

Colin could have been a wonderful, humorous beta hero. But I will never be able to think of him that way again.

There are so many other things that could have been used as conflict, rather than the groom’s bad behavior yet again (*cough* Simon *cough*). Penelope and Colin could have worked together to bring down the villainous Cressida (who we all love to hate), for one. Instead, Colin becomes the villain of the story who must be reformed by the novel’s end.

“It’s my fault, really,” she said, sounding tired and sad. “I’ve put you on a pedestal. You’ve been so nice all these years. I suppose I thought you were incapable of anything else.”
“What the hell have I done that hasn’t been nice?” he demanded. 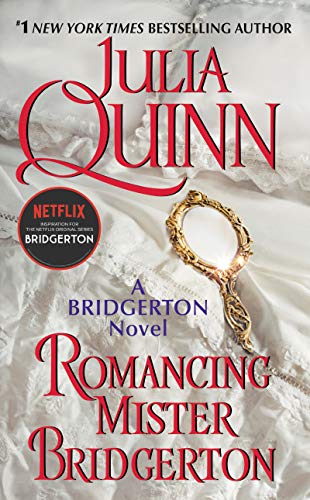