It was ridiculous. Comically ridiculous. She was having a knife pulled on her when she had one in her very own pocket for the same purpose.

She smiled widely at the man before she could think twice and leaned back with her elbows against the stone rail.

“What’s so funny?” The man narrowed his eyes.

She waved a hand and gave a little hiccup, half fear, half laughter.

Perhaps the large tumbler of madeira she had made herself drink before she had slipped out of the house was finally taking effect, or perhaps she was merely becoming hysterical. Who could say?

“This. All of this. You. Me. Us together on this bridge.” She let out a sound that was a snort mixed with a giggle.

“Are you a thief, sir?” She stared at him interestedly. “Have you come to slit my throat?”

The man’s eyes bugged out.

“Pardon me, I see that I’ve made you uncomfortable. Has no one ever asked you that before?”

“Asked? If I was going to slit ther’ throat?” He cleared his throat. “No, mi’lady, yer the first.”

“How odd. Is this the first time you have done this sort of thing then…?”

“What sort ‘o thing? Askin’ for a sovereign?”

She laughed out loud. “Oh, yes. Well, if it is a sovereign you want.” She rummaged around in her reticule and pulled one out. “Here. You are quite welcome to it. From one lonely soul in the dark to another.”

She held it out, her palm open.

“Aren’t you going to take it?”

“There’s sure to be more where that came from? Of course. I take it that is where the knife would come in? What do you usually do at this point?”

She truly was curious now. “Should I be screaming perhaps? Or trying to run away? Perhaps I should step closer towards you so that you can grab me? Or do you usually step towards them?”

The man shifted on his feet uneasily.

“No words of instruction? This is my first time. You might be a gentleman about it and give me a hint.” She raised her eyebrows.

“She’s crazy” she thought she heard the man mutter under his breath.

“I do apologize. I am making you ill at ease again. Let me try once more. I feel certain I can do better.”

She cleared her throat and spoke up clearly and loudly. “You are frightening me, sir. I pray, please, put that knife away and let me p-p-pass…”

She burst into giggles.

She clapped a hand over her mouth.

The voice changed to surprise with a hint of cheerfulness. “Oh! It’s you again.”

A second man had approached and stood a meter or so behind the thief, catching the man with the knife as unaware as Gwendolen had been only a moment ago.

She peered through the dark to see who was joining their motley crew of fools.

It was her angel.

She put her hands together in delight. Her life had shifted once more from melodrama to farce.

Her body felt warm all over. Was it the madeira or the excitement of being threatened? Or the suspense of waiting for Redmond, only to be so strangely and unexpectedly visited once again?

She beamed at the angel and he grinned back. Not toothlessly. His teeth were white and quite lovely.

“I do believe the lady is sauced.”

“Sauced?” She looked at him doubtfully.

“Foxed. Bosky. Jug-bitten. With malt above water. In your cups. A trifle disguised.”

She stared at him blankly.

“He means yer drunk,” the thief explained, speaking up and reminding Gwendolen he was still very much there.

“Ah! Yes, I see. Are there truly so many words for it?” She looked at the angel with interest.

“Are there more?” she asked curiously.

“Shot in the neck? That is a rather gruesome one, isn’t it?” Gwendolen wrinkled her nose. “I wonder where that one comes from.”

“Must’ve been a chap shot himself in the neck while sauced, I s’pose.” The thief looked thoughtful.

“Indeed. Or shot another fellow,” the angel said with another roguish grin.

“Maybe a lot of fellows. Mayhaps they all shot each other. Must’ve been a sight to see. I say, yer a sharp one…” The thief was interested now. He started to turn around to see who this brilliantly witted man might be.

As he did so, the angel moved smoothly to his side and before she could say “shot in the neck,” the thief had both arms pinned neatly behind his back and the knife had clattered to the cobblestones.

The angel bent over and quickly scooped it up, still holding the man’s wrists firmly with his other hand.

“Now why’d you do that for? I wasn’t hurtin’ her none,” the thief grumbled. “Thought we was havin’ pleasant conversation.”

“Oh, we were. I was quite enjoying it. Nevertheless, can’t have you waving this around in the lady’s face.”

The angel let go of the man. The thief backed away, rubbing his wrists gingerly.

“Was gonna offer ta buy you a pint,” said the man, glaring at the angel.

“Very sporting of you. I must decline this evening, I’m afraid, but I certainly appreciate the thought.”

(Enjoy what you’ve read? Sign up for my newsletter to receive extra excerpts, access to The Gardner Girls prequel story, heads-up about book sales, access to special promotions, and more! )

Excerpt from WIP: To All the Earls I’ve Loved Before 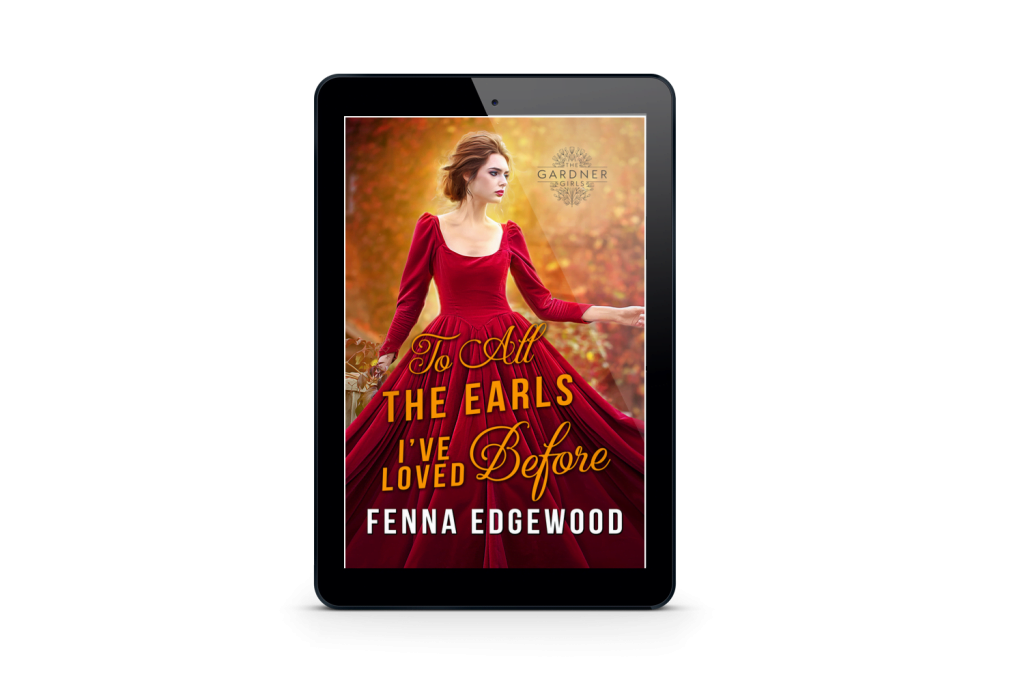